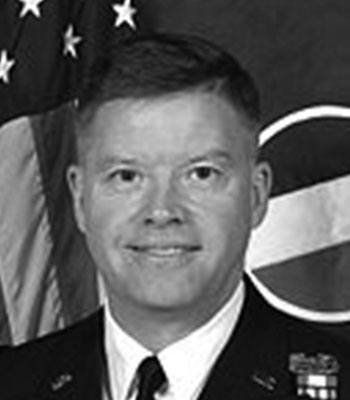 General (retired) David Perkins recently transitioned from the U.S. Army as a General (4-star officer). He served more than 40 years in the U.S. Army, culminating as the Commander of the U.S. Army Training and Doctrine Command (TRADOC). TRADOC is an $8 billion global enterprise with over 2,000 locations around the world. It is responsible for designing, acquiring, building, and constantly improving the entire U.S. Army, which is one of the largest – with over 1.2 million people and a budget of over a $150 billion – and most complex organizations in the world.

Under his leadership, TRADOC developed the Army’s concept of Multi-Domain Operations, which has become a driver for future changes in operations and training, not only in the U.S. military, but around the world. He also served as the Chancellor of Army University, one of the largest university systems in the country with over 527,000 education/training seats annually. Prior to commanding TRADOC, Mr. Perkins commanded the U.S. Army Combined Arms Center, where he was the lead for synchronizing leader development across the Army, the management of the Army’s training support, simulation, and training development enterprises, and the development and integration of the doctrine the Army uses around the world.

He led a talent recruiting enterprise that recruited over 135,000 people annually and then produced the intellectual underpinnings to educate hundreds of thousands of soldiers and civilians to understand and implement the intellectual and ethical foundations of the organization. These ideas, documents, and methods of education and training are now being used in some form by more than 48 nations across the globe.

Mr. Perkins commanded at all levels in the U.S. Army to include Major Army Command at the four-star level. He has served multiple tours around the world, including Europe and the Mideast. He commanded units in a series of joint and multi-national operations to include UN missions, along with multiple combat tours. He has received multiple awards including the Silver Star, the nation’s third highest award for valor in combat. Mr. Perkins holds a Bachelor of Science degree from West Point, a Master’s in Mechanical Engineering degree from the University of Michigan, a Master’s in Strategic Studies degree from the U.S. Navy War College, and various honorary Doctorate degrees.

Mr. Perkins currently sits on a number of corporate and advisory boards, and he serves as a senior mentor to various leadership programs. He is an adjunct faculty member at the Harvard Kennedy School, where he routinely presents on strategy and leadership.