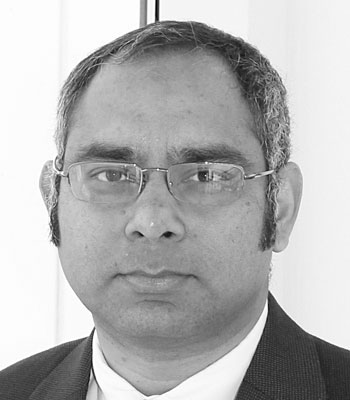 Anubhav Datta received his Ph.D. in aerospace engineering from the University of Maryland at College Park in 2004. From 2004-2007, he was a Research Scientist at Maryland. In 2007, he joined the US Army Aviation Directorate at NASA Ames where he worked for nine years on the full-scale wind tunnel testing of the UH-60 Black Hawk rotor, development of a 3D FEA aeroelastic solver X3D, design of eVTOL, and aeromechanics of the JPL Mars Helicopter Ingenuity. In 2016, he returned to his alma mater as an Associate Professor to study various fundamental problems of vertical lift aircraft. His direct advising has resulted in 11 PhD and 2 MS. He has served in may technical committees over the years, such as the VFS Dymanics Committee, VFS Alfred Gessow Best Paper selection committee, US Army Vertical Lift Reseach Center of Excellence review committee, Chair of the NARI commercial intra-city UAM working group-2, AIAA Structural Dynamics Technical Committee, Chair of its Conferences sub-committee, and Vice-Chair of the Committee in 2022. His work with students and colleagues has been recognized over the years by the NASA Technical Excellence in Publications Award, US Army and NASA Group Achievement Awards, the VFS Francois Xavier Bagnoud Award, Grover E Bell Award, Howard Hughes Award, Alfred Gessow Best Paper Award, and AIAA Structural Dynamics Best Paper Award. In 2018, he created teh first short course on "Fundamentals of eVTOL Technology" which is taught annually at the VFS Forum and by invitation at other venues, such as the AIAA, Air Force, and Navy. In 2019, he founded the first Technical Committee on eVTOL aircraft whch is called the VFS Hydrogen Council, now called H2-Aero. He is a member of VFS, AIAA, and the International Association for Hydrogen Energy.