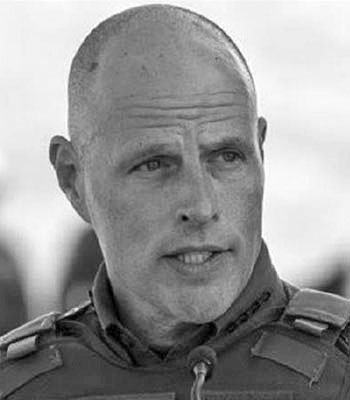 Head of Department of Homeland Security Strategy and Plans

Ronald D. Vitiello began his 34 years of government service in Laredo, Texas, entering on duty with the U.S. Border Patrol in 1985, a member of Class 174. Since then, he has held numerous leadership positions, including Chief Patrol Agent positions in Swanton, Vermont, and the Rio Grande Valley of Texas. Mr. Vitiello was one of the key contributors to the unification of CBP and the creation of the Department of Homeland Security. He was named Chief of the U.S. Border Patrol in February 2017. While in Leadership at Border Patrol Vitiello oversaw a headquarters strengthening of the chain of command, the revision of the use of force policy and transparency. He also shepherded the pay reform package passed in congress in 2015. In 2017 Ronald developed a human capital project that raised employee satisfaction nearly 20%.

Mr. Vitiello served for 33 years with U.S. Customs and Border Protection (CBP) and the U.S. Border Patrol most recently as CBP’s Acting Deputy Commissioner. In that role, he assisted the Commissioner in overseeing 60,000 employees, managing a budget of over $13 billion and ensuring the effectiveness of CBP’s efforts to protect national security while promoting economic prosperity and security.

Ronald became Acting Director of U.S. Immigration and Customs Enforcement (ICE) in June 2018. As ICE’s senior leader, he oversaw a workforce of more than 20,000 officers, special agents, attorneys and mission support professionals with a budget of over $7 billion. He made it a top priority to meet with front line personnel and ensure that employeeswere heard and supported. He also actively engaged with interagency partners and community stakeholders to promote the importance of ICE’s homeland security and public safety missions.Vitiello is the only Border Patrol Agent to lead both DHS components (CBP and ICE).

Ronald has been married to Nuri for 32 years, they have two children and are both natives of Chicago, Illinois. In April 2019, with the support of his family, Ronald retired concluding more than three decades of public service. Since then, he established a limited liability corporation (LLC) positioned to assist clients by providing expertise in border security, strategies, trade and organizational leadership. In October 2020 Vitiello accepted a role as DHS strategist and planner at Axon Enterprises LLC. Axon provides technology and devices that protect life and truth. Ronald continues to advocate for his former federal colleagues and for smart border and immigration policies.