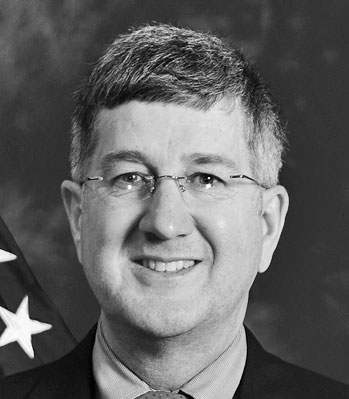 A native of Orange County Virginia, Mr. Jeffrey M. Johnson (Jeff) graduated from the Virginia Military Institute, receiving a BS degree in Civil Engineering in 1980.  Mr. Johnson worked as a civilian in various Public Works and Command positions in both the Army and the Navy. Mr. Johnson is currently the Regional Command Information Officer (N6) for NDW.  He has worked with the Anti-Terrorism Force Protection (ATFP) program in support of technology testing and deployment.  He piloted several projects for the ATFP program, to include the Virtual Perimeter Monitoring System (VPMS) which is comprised of secure wireless networks, video management and video analytics systems. The system currently has over 2000 operational cameras in NDW.   He was the co-lead for the NAVY Smart Grid Pilot project which leveraged the VPMS Network components, and includes secure middleware panels and software to bring disparate Building and Utility systems into a common, secure, and accredited architecture. There are over 200 building and utility systems currently deployed.   He now works with the Public Works Department and the Operations department  to implement the Smart Shore Initiative, which is a combination of people, process, and technologies to improve Shore and Energy operations in Naval District Washington.

The Naval District Washington Smart Grid Pilot systems are now being migrated to the Naval Utilities Monitoring and Control Systems architecture to support the Navy’s Enterprise standardization and deployment efforts, while maintaining the integrated networks, command and control, and cyber security aspects of the original Pilot project.