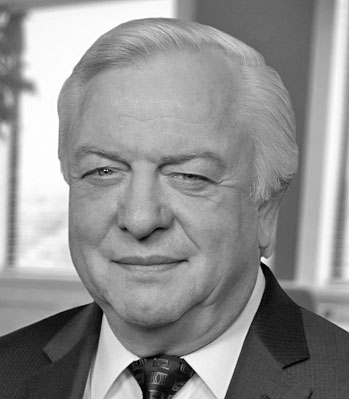 According to his mentor Bill Lear, Roger Billings sees tomorrow better than most. Among his many notable innovations are some exceptional firsts:

Billings began his remarkable career when, as a senior in high school, he invented the first hydrogen car. He went on to convert the first bus, tractor, and an entire home to run on hydrogen. Later, to make hydrogen more economically viable as a fuel alternative, he created the highly efficient fuel cell car. This groundbreaking technology has paved the way for the fuel cell vehicle industry that is rapidly emerging today.

Another of Billings’ firsts was the personal computer. Upon the advent of the microprocessor in the mid-1970’s, he immediately saw the potential and created the Billings Microsystem, a single user computer with the CPU, monitor, keyboard, and disk drives all in one cabinet. The system was complete with software that included an award-winning word processor, spreadsheet, and even e-mail.

Dr. Billings is also responsible for the technology known as client/server computing, for which he received a foundational patent. This networking system is in world-wide use today, enabling millions of users to share data locally, in the enterprise, and via the Internet. The Internet of today, with its plethora of functions and services, is made possible by this foundational networking infrastructure.

In answer to today’s vital need for strong data security, Billings created his cutting-edge B2 Cryptography, the enabling technology behind the impenetrable GoldKey Security. GoldKey has become one of the most robust yet securely versatile cybersecurity systems in the industry and has been deployed by the military, by business, and by educational institutions across the nation and around the world.