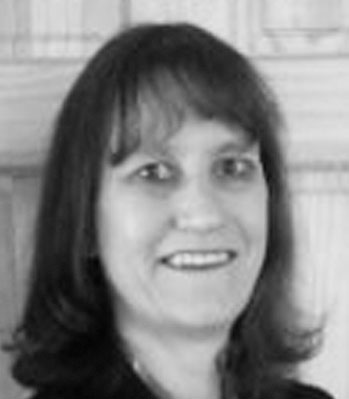 Dr. Michele Gaudreault is the Technical Director of the Office of the Chief Scientist, Headquarters, Air Force Space Command, Peterson AFB, Colorado.  She conducts scientific analysis and facilitates basic, applied, and advanced research and development needed for future systems.  She supports the Chief Scientist in his role as science and technology advisor for the command and maintains technical interfaces with space, ISR, and cyber agencies and the scientific community.

Dr. Gaudreault has 35 years of government service, starting with a summer internship at the Air Force Test Pilot School.  She served as a NASA Test Director during the construction and acceptance testing of the Space Shuttle orbiter Atlantis and the modification of the orbiter Columbia.  She served as a Shuttle Controls Engineer and then Ground Systems Engineer at Vandenberg AFB.  She was the Vibrations Branch Chief in Structures Division of the Wright Laboratories (now Air Force Research Laboratory).  She served as Director of Research for the US Air Force Academy’s Mathematics Department, and also served as an Associate Air Officer Commanding for Basic Cadet Training.  She was selected as the first Chief Scientist of the Asian Office of Aerospace Research and Development, where she directed and coordinated Research and Development grants, technical interchanges, and conference support programs throughout Pacific Rim countries.  At AFIT, she was a key player in the transition of the Systems Acquisition School to the main AFIT campus, and the subsequent stand-up of the Department of Systems Acquisition. In addition to being responsible for all of the Virtual Schoolhouse courses, she was also an Adjunct Professor for the Department of Aeronautics and Astronautics in the School of Engineering and Management. She retired from active duty in 2004 and from the reserves in 2011.  As Chief of Technology Assessments, she ensured future space capabilities by facilitating and promoting basic and advanced space research to develop critical new technologies. As the Technical Director for the Directorate of Intelligence, Surveillance, and Reconnaissance, she advised the director on science and technology pertinent to ISR and facilitated basic, applied, and advanced research and development needed for future ISR.  She is an Adjunct Professor for Embry-Riddle Aeronautical University, where she primarily teaches aerospace courses.