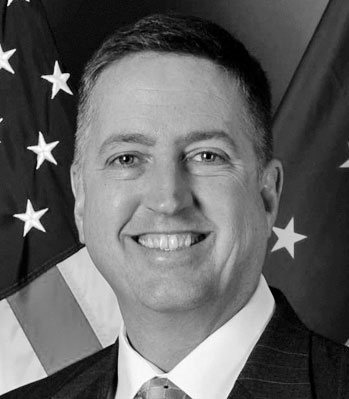 James H. Smith, a member of the Senior Executive Service, is the Acquisition Executive, U.S. Special Operations Command, MacDill Air Force Base, Florida. He is responsible for all special operations forces acquisition, technology and logistics.

Mr. Smith graduated from the U.S. Military Academy in 1986 and was commissioned as a second lieutenant in the infantry. He served initially with the Third Infantry Division in Kitzingen, Germany, as Bradley Platoon Leader, Heavy Mortar Platoon Leader and Company Executive Officer. He then served as the Second Brigade’s Assistant Operations Officer and Rifle Company Commander in Fifth Battalion, 21st Infantry Regiment of the Seventh Infantry Division (Light). Following receipt of a Master of Science degree in 1995, he served as Associate Professor in the Department of Civil and Mechanical Engineering and as Battalion Executive Officer of First Battalion, First Infantry Regiment at the U.S. Military Academy.

Mr. Smith is a graduate of the Infantry Officer Basic and Advanced Courses, the U.S. Army Command Staff College, the U.S. Army War College and the Executive Program Manager’s Course. He is registered as a Professional Engineer in Virginia.

Mr. Smith retired from active duty in 2013. Immediately upon his military retirement, he was appointed to the Senior Executive Service and selected to serve as the Deputy Director for Acquisition, Special Operations Research, Development and Acquisition Center, USSOCOM, MacDill AFB.