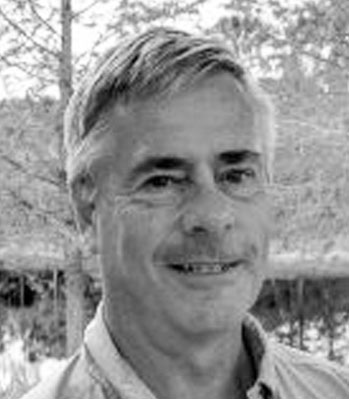 Jack Stubbs is the Director of the Prototype Development and 3D Printing Lab at the Institute for Simulation and Training at the University of Central Florida.

Jack studied Physics and Electro-Optics at the Miami University of Ohio and the University of Dayton (Ohio). In the 1980’s he worked with the Department of Defense with the University of Dayton Research Institute and the Illinois Institute of Technology Research Institute as a contractor at Wright Patterson Airforce Base, the Naval Weapons Center and Kirtland Airforce Base. This work included development of customized Optical Metrology system to characterize High Energy lasers for application to the Airborne Laser Lab and the Star Wars SDI Laser system. At Wright Patterson AFB he worked in pilot protection, advanced cockpit control and materials characterization to advance the state of the art in personnel control and protection.

In the 1990’s Jack lead a Technology development team for Ethicon Endo Surgery in the scale up of Laparoscopic surgery, working with the implementation of imaging, visualization, robotics and sensors to the minimally invasive surgical techniques. This lead to the appointment of Principal Investigator for the OR of the Future with the Defense Advanced Research Projects Agency. This group developed telepresence surgical robotics and computer based simulation systems for training and education.

Jack started a research and development company in 1996 which he led through 2010. This business resulted in over 50 patents including the Airseal trocar for laparoscopic surgery which is now the trocar of choice for robotic surgery having been used in over 700,000 surgeries globally.

The last 4 years have been at the University of Minnesota Medical School and most recently the University of Central Florida Institute for Simulation and Training where he leads a team developing new approached and technology for simulating and teaching healthcare interactions and procedures.

He has used rapid prototyping, 3D printing and additive manufacturing since the mid 1990’s to improve designs, prototype and test devices and systems and to implement into a cost effective development model.