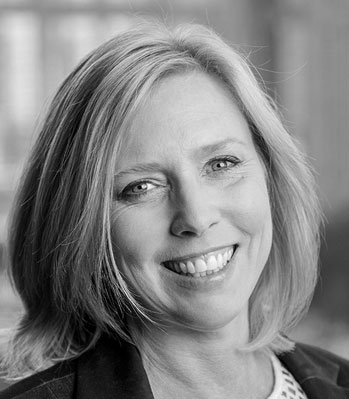 Linda Olson is the CEO/President & founder of Tampa Bay Wave, a 501c3 nonprofit that has supported 250 tech startups since 2013 with an accelerator program, coworking, and other services. Collectively, these startups have raised over $150 million and created over 1,200 jobs.

With an extensive mentor and investor networks, Wave's Accelerator is one of Florida’s premier programs and the first Florida-based accelerator accepted into GAN, the global accelerator network.

To date, Linda has raised over $4 million in federal and local funds to launch and expand Tampa Bay Wave including a total of five federal grants.

Linda has worked with tech startups since 1999 when she joined yet2.com in Boston, a VC- funded tech transfer company, as their Controller/CFO. She also founded several of her own technology ventures. In the early 2000's, Linda also was a Sarbanes-Oxley compliance pioneer, developing her own Big4-approved methodology and directing the company-wide S-O compliance efforts for The New York Times Company. Early in her career, Linda managed ERP implementation projects for Fortune 500 companies with Arther Andersen.

Named to the founding leadership team of Startup Florida, Linda is an original member of Startup America Partnership, founded by the White House and Steve Case in 2011.

In her spare time, Linda serves as an Honorary Commander for the 927th Air Refueling Wing at MacDill Air Force Base, is an active member of Startup Champions Network, and is a member of the Rays 100. Linda is also a graduate of the Greater Tampa Chamber of Commerce's 2018 Leadership Tampa program. Additionally, Linda has a CPA license from the State of Florida (currently inactive), Masters and BS degrees from Florida State University, and an MBA from Columbia University. A native of St. Pete Beach, Linda enjoys spending time with her family, including her two daughters whom she is raising to be future female entrepreneurs in Tampa Bay.