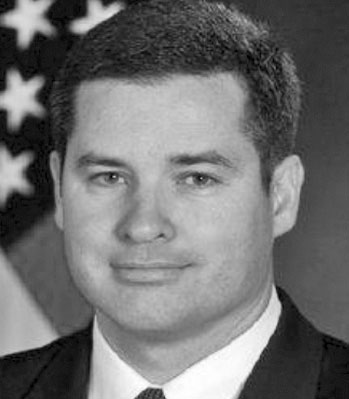 Office of the Assistant Secretary of Defense

Mr. Dale Ormond is the Principal Director, Research, in the Office of the Assistant Secretary of Defense (Research and Engineering). Mr. Ormond is responsible for the integration and oversight of Department of Defense science and technology (S&T) investment. He ensures the long‐term strategic direction of the Department’s S&T program and develops those technologies needed for continued technological superiority of United States forces. As one element of this responsibility, Mr. Ormond leads the Reliance 21 planning effort, the overarching framework of the Department’s S&T joint planning and coordination process. Mr. Ormond also oversees Federally Funded Research and Development Centers and coordinates international S&T activities.

Prior to December 2014, Mr. Ormond served as the Director of the U.S. Army Research, Development and Engineering Command, which includes the Army Research Laboratory and six Army Research, Engineering & Development Centers. As Director, Mr. Ormond oversaw a command budget of more than $6.2 billion and led a highly skilled technical workforce of 14,000 employees encompassing a broad range of scientific and engineering disciplines that enabled the development of integrated systems for the Soldier.  From July 2008 to February 2012, Mr. Ormond served as Deputy to the Commanding General, U.S. Army Combined Arms Center, Fort Leavenworth, Kansas, which included 18 subordinate organizations and the eight U.S Army Training and Doctrine Command Centers of Excellence. Mr. Ormond acted as the principal executive overseeing the Combined Arms Center actions that facilitated its role as the intellectual center of the Army and the engine of change for the U.S. Army Training and Doctrine Command.

Mr. Ormond was selected for the Senior Executive Service in July 2004. From July 2004 to July 2008, he served as the Deputy Assistant Secretary of the Army (Elimination of Chemical Weapons), where he provided executive level policy and oversight of the Chemical Demilitarization Program, for the Assistant Secretary of the Army (Acquisition, Logistics and Technology)/Army Acquisition Executive. His responsibilities included oversight of the planning, programming, budgeting and execution of U.S Chemical Weapons Destruction Program and the operations of our chemical weapons destruction plants to meet our international treaty obligations for elimination of all chemical weapons. As an additional duty, during the period of January 2007 to January 2008, he served as the Acting Director, U.S. Army Chemical Materials Agency , where he managed a $1.5 billion annual budget and had line management authority and responsibility for the operation of three chemical weapon storage depots, four chemical weapon storage activities and five operational chemical weapons destruction facilities. As an additional duty, during the period from February 2008 to June 2008, Mr. Ormond served as the Acting Deputy Assistant Secretary of the Army for Policy and Procurement, where he was responsible for Army contracting and acquisition policy.

A former submarine officer, Mr. Ormond is a 1985 graduate of the US Naval Academy and holds a Master of Science degree in Environmental Systems Engineering from Clemson University.