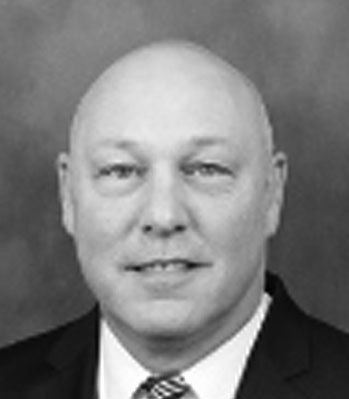 Dr. Chris Fall currently serves as the Principal Deputy Director at the Advanced Research Projects Agency-Energy (ARPA-E). In this role, he is responsible for oversight of the agency and all technology issues relating to ARPA-E programs.

Prior to joining ARPA-E, Fall served as Acting Chief Scientist and Lead for the Research Division at the Office of Naval Research (ONR). In this role, he managed ONR’s basic and early applied research programs that aim to identify and support technology options for future naval capabilities and systems. Before that, he served in the White House Office of Science and Technology Policy as Assistant Director for Defense Programs and Acting Lead for the National Security and International Affairs Division. He previously served in various capacities at ONR, including as Deputy Director of Research, Director of the International Liaison Office, and the ONR Innovation Fellow. Before government service, Fall was a faculty member at the University of Illinois at Chicago in the Bioengineering and Anatomy and Cell Biology Departments, and he completed postdoctoral fellowships at the University of California at Davis Institute for Theoretical Dynamics and the New York University Center for Neural Sciences. Fall’s scientific research has included studying the resilience of energy production in neurons, and measuring and modeling the coupling between cellular energy production and cellular signaling systems.

Fall earned a Ph.D. in Neuroscience and a B.S. in Mechanical Engineering from the University of Virginia. He also holds an MBA from Northwestern University’s Kellogg School of Management.