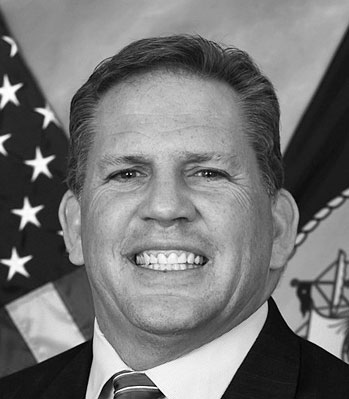 Assistant Secretary of the Navy (Research, Development and Acquisition)

On Dec. 5, 2017, Mr. James F. Geurts was sworn in as Assistant Secretary of the Navy for Research, Development & Acquisition (ASN (RD&A)), following his confirmation by the Senate November 2017. As the Navy’s acquisition executive, Mr. Geurts has oversight of an annual budget in excess of $100 billion and is responsible for equipping and supporting the finest Sailors and Marines in the world with the best platforms, systems and technology as they operate around the globe in defense of the Nation.

Mr. Geurts previously served as the Acquisition Executive, U.S. Special Operations Command (USSOCOM), at MacDill Air Force Base (AFB), Florida, where he was responsible for all special operations forces acquisition, technology and logistics. In this position his innovative leadership and technological ingenuity provided rapid and affordable acquisition that positively impacted the USSOCOM acquisition work force and the special operations forces capability on the battlefield. These contributions were recognized by both private and public institutions during his tenure to include earning the Presidential Rank Award, USSOCOM Medal, William Perry Award and Federal Times Vanguard Award for Executive of the Year.

He has over 30 years of extensive joint acquisition experience and served in all levels of acquisition leadership positions including Acquisition Executive, Program Executive Officer and Program Manager of Major Defense Acquisition Programs.

Mr. Geurts is a distinguished 1987 ROTC graduate from Lehigh University where he received a Bachelor of Science in Electrical Engineering. He holds a Master of Science in Electrical Engineering from Air Force Institute of Technology, Wright-Patterson AFB and in National Security Resourcing from Industrial College of the Armed Forces, National Defense University, Washington, D.C. Mr. Geurts also attended executive leadership and international studies programs at Harvard Kennedy School and George Washington Elliot School.