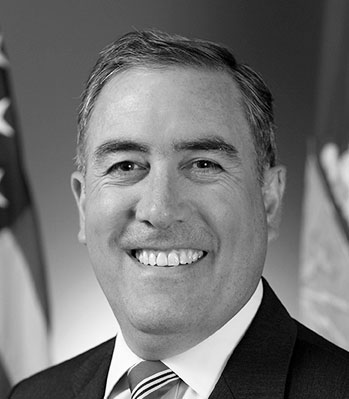 Deputy Assistant Secretary of the Air Force for Operational Energy

Office of the Assistant Secretary of the Air Force-IE&E, US Air Force

Mr. Roberto I. Guerrero, a member of the Senior Executive Service, is the Deputy Assistant Secretary of the Air Force for Operational Energy, Office of the Assistant Secretary of the Air Force for Installations, Environment and Energy, Arlington, Va. Mr. Guerrero is responsible for providing oversight and direction for all matters pertaining to the formulation, review and execution of plans, policies and programs for the effective and efficient use of the Air Force’s $5 billion operational energy bill in support of its global mission.

Mr. Guerrero earned his commission as an ensign in the Navy through Aviation Officer Candidate School in 1988 and received his wings as a Naval Aviator in 1989. He held assignments in Florida, California, Virginia and Texas, culminating his Navy career in 1999 as operations officer and flight instructor in the T-34C. In 2000, Mr. Guerrero was selected for inter-service transfer to the Air Force. He qualified on the E-3 Sentry airborne warning and control system, or AWACS, and held assignments in Oklahoma and Okinawa, Japan, where he commanded the 961st Airborne Air Control Squadron. He later served at the Air Force Safety Center as a division chief and concluded his military career as the center's Vice Commander. During his military service he participated in operations Deep Freeze, Korean Contingency and Noble Eagle, and flew 24 combat missions over Afghanistan during Operation Enduring Freedom. He was a command pilot with more than 4,100 flight hours, including more than 350 combat hours.