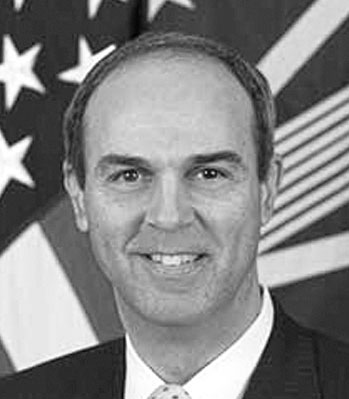 From 2010 to 2014 Mr. Morehouse was the Principal Deputy Assistant Secretary of Defense and the Acting Assistant Secretary of Defense for Operational Energy Plans and Programs, a new office established to strengthen the energy security of U.S. military operations. The mission of the office is to assist and ensure the military services and combatant commands improve military capabilities, cut costs, and lower operational and strategic risk through better energy accounting, planning, management, and innovation.

Prior to his appointment, Mr. Morehouse was an adjunct with the Institute for Defense Analyses, providing thought leadership on military energy security. He was the lead author on the 2008 Defense Science Board Report, “More Fight – Less Fuel,” which concluded that DOD’s large dependence on fossil fuel dilutes military capability, increases operational risk and drives up costs. This work was the catalyst that led to the establishment of the DoD Operational Energy office. He was an independent consultant and co-authored energy and climate security related studies for the Center for Naval Analysis.

From 1989 through 2010, Mr. Morehouse served as a member of the Technology and Economics Assessment Panel to the Montreal Protocol on Substances that Deplete the Ozone Layer.  This international group of experts, appointed by their national governments and reporting to the Parties to the treaty through the United Nations Environment Programme, provided objective information to Parties to the treaty that served as the basis for periodic renegotiations. He is also a former Air Force officer.