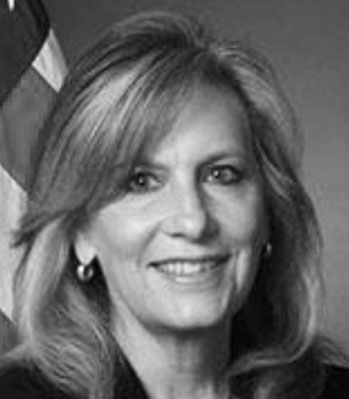 Ms. Joan Johnson is the Deputy Assistant Secretary of the Navy Research, Development, Test and Evaluation.

With more than 35 years of experience in both the private sector and as a civilian with the Department of Defense, Ms. Johnson began her career in industry as an engineer in Electronic Warfare Research and Development. She continued to work as both a software engineer and a systems engineer, developing and integrating software and systems solutions for airborne avionics and Electronic Warfare systems. Ms. Johnson also served as Engineering Program Manager and Software Engineering Department Manager for teams developing Electronic Warfare suites for the U.S. Navy, Army and Air Force. Ms. Johnson was hired into the government in February 2000 at NAWCWD China Lake. She worked for the Systems Engineering Department, leading independent program assessments of NAVAIR software-intensive acquisition programs. In September 2001, Ms. Johnson was promoted to the position of Weapon System Support Activity Lead for the AH-1 Super Cobra attack helicopter program, where she was responsible for execution of full lifecycle support for the AH-1 Super Cobra mission systems and weapon systems.

In December 2003, Ms. Johnson was selected as the Head of the Systems Engineering Management Division, providing supervision and leadership to product team leads, chief engineers, and senior engineers supporting weapon systems acquisition, development, and sustainment for Naval Aviation. Ms. Johnson entered the Senior Executive Service in August 2008, as Director of Software Engineering for the Naval Air Systems Command (NAVAIR) and Head of the Systems Engineering Department at NAWCWD. In 2013, she was appointed Director of the Weapons and Energetics Department for NAVAIR and served in that position until January 2016, when she was appointed to her current position.

Ms. Johnson earned her Bachelor of Science in Chemical Engineering from the University of Virginia. She was a recipient of the Naval Air Warfare Center Weapons Division Michelson Laboratory Award in 2007 for significant contributions to Naval and Marine Aviation.

She received the Navy Meritorious Civilian Service Award in 2011 and the Naval Air Warfare Center Weapons Division Dr. L.T.E. Thompson Award in 2013. Ms. Johnson has been a member of the Acquisition Professional Community since 2002.