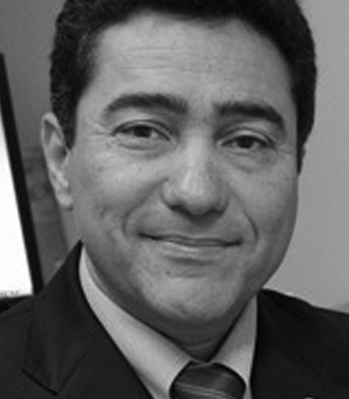 Ahmed A. Busnaina, Ph.D. is the founding Director of the National Science Foundation’s Nanoscale Science and Engineering Center for High-rate Nanomanufacturing at Northeastern University since 2004.  He was a professor and a director of the Microcontamination Control Lab at Clarkson University from 1983-2000. He is internationally recognized for his work on nano and micro scale defects mitigation in semiconductor fabrication. He specializes in directed assembly-based printing  of inorganic and organic conductors, semiconductors and dielectrics for nanoscale electronics and sensors. He authored more than 600 papers in journals, proceedings and conferences, 23 granted and 40 pending patents. He was awarded the  2020 American Society of Mechanical Engineers (ASME) William T. Ennor Manufacturing Technology Award and Medal. He is a fellow of National Academy of Inventors, a fellow American Society of Mechanical Engineers,  the Adhesion Society, and a Fulbright Senior Scholar.