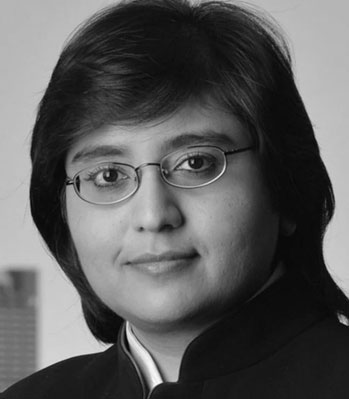 Dr. Anita Goel, MD Ph.D is a world-renowned expert and pioneer in the emerging field of Nanobiophysics - a new science at the convergence of physics, nanotechnology, and biomedicine. Whereas modern physics in the 20th century was developed primarily in the context of closed systems, Dr. Goel seeks to expand conventional theoretical and experimental physics frameworks and their mathematical machinery to describe non-equilibrium, open systems such as life and living systems that are strongly coupled with their environment. She has developed a new theoretical physics framework that elucidates the interplay of matter, energy, and information at a very fundamental physics level. Dr. Goel harnesses these insights to examine one of the most basic processes of living matter, the way nanomotors read and write information into DNA, how this process is influenced by the environment, and how quantum mechanics might play a “nontrivial” role in their dynamics. Dr. Goel was named by MIT’s Technology Review Magazine as one of the World’s “Top 35 science and technology innovators."