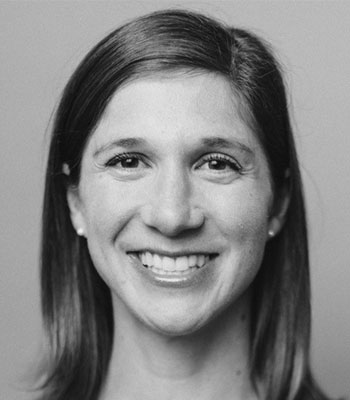 Ms. Rachel Posner Ross serves as the Deputy Chief Sustainability Officer for the United States Department of Defense (DoD). As a member of the Senior Executive Service, Ms. Ross works with leadership across DoD, other government institutions, and external organizations to advance DoD’s climate and sustainability objectives. Prior to this appointment, Ms. Ross served as Chief of Staff to the 25th Secretary of the Army. In this capacity, she provided oversight and guidance to the Army’s large and diverse staff, and she coordinated with the Army’s senior leaders to ensure timely execution of the Secretary’s priorities and statutory responsibilities.

Before joining the Biden-Harris administration, Ms. Ross served as Senior Director of the advisory practice at Allotrope Partners, a clean energy firm based in Oakland, CA. In this role, she managed programs to accelerate private-sector investment in clean energy across key emerging markets. From 2014 to 2016, she lived in Burma (Myanmar), where she conducted sustainable energy market assessments for clients including the Rockefeller Foundation and the World Bank.

From 2010 to 2014, she served as a founding staff member in the DoD Office of Operational Energy Plans and Programs. As Deputy Director for Policy and International Engagement, she led the development of the first overarching DoD energy policy in over 20 years and facilitated energy-related security cooperation with U.S. allies and partners. In addition, Ms. Ross has held positions at the Center for Strategic and International Studies, the Aspen Institute, and the U.S. Department of State.