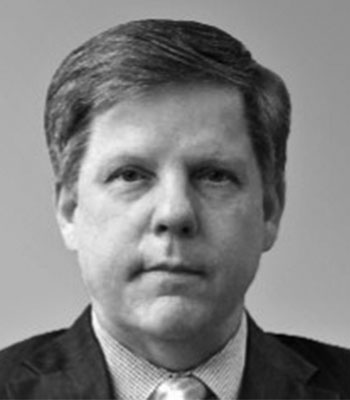 David Simpson has influenced U.S. Defense and Homeland Security policy for over thirty years. He is currently a Partner at DeepWaterPoint, specializing in national defense, public safety, and emerging technology. He is a Professor at Virginia Tech, leading Cybersecurity Risk and Technology Leadership graduate studies. He currently serves on several DoD Spectrum and 5G planning committees and works with DHS/DoT/NTIA to help State Public Safety Communications leaders with their strategic planning.

He previously served as Chief of the Federal Communications Commission’s Public Safety and Homeland Security Bureau from 2013 to 2017. As Bureau Chief, he oversaw public safety, emergency management, communication resiliency, cybersecurity, and disaster preparedness activities for over 30,000 commercial companies in the telecommunications sector. In that role, he initiated several Position, Navigation and Timing initiatives, working closely with DoD, Federal Agencies and Industry to address shortfalls in position accuracy and availability, use of geo-location for alerts and warning, NG911, location-based routing and telecommunications timing resiliency.

Rear Admiral Simpson served in the U.S. Navy in leadership positions at sea and around the world, for over thirty years. As a Flag Officer he served as Director of Navy Networks, Vice Director of the Defense Information Systems Agency (DISA) and Director of Communications and Information Services in Iraq. He had Space, Combat Systems, and Information Technology assignments in multiple countries around the world. He served as a senior delegate to the ITU World Radio Telecommunications Conference and to the World Conference on International Telecom (WCIT).