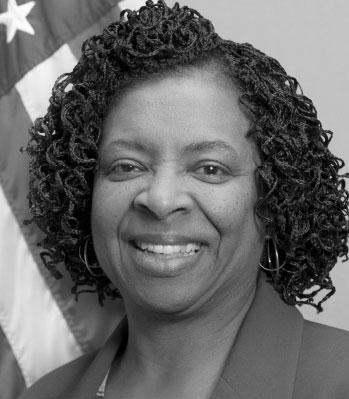 Sherry Freeman is a Former Defense Acquisition University (DAU) Learning Director/Professor, Small Business. In this capacity she is responsible for managing and facilitating the instruction of the small business level II and III learning assets for the Department of Defenses' (DoD) acquisition workforce. Prior to joining DAU, she was an Associate Director, in the Department of Defense Office of Small Business Programs (OSBP). In this capacity she served as the Co-chair for managing the Rapid Innovation Program (Fund), and the small business curriculum development lead subject matter expert. Prior to joining the DoD OSBP Sherry was the Director, Office of Small Business Programs for Washington Headquarters Services, a DoD field activity. Previously, she was a Programs Director in the Secretary of the Air Forces' Office of Small Business Programs with primary responsibility for managing the Women-Owned Small Business and Historically Underutilized Business Zone (HUB Zone) Programs, and the Director, Office of Small Business Programs for the Air Force Test and Evaluation Center. Sherry began her federal career in Contracting in 1976 as a cooperative education student. With nearly 38 years as a civil servant in contracting and small business, she's procured everything from a pencil to a weapon system to include spending 13 years procuring numerous technologies through the Small Business Innovation Research/Small Business Technology Transfer (SBIR/STTR) Programs. She's held the positions of Director of Acquisitions, Contract Negotiator, Contract Specialist, Contract Administrator, and Contracting Officer. She is Defense Acquisition Workforce Improvement Act (DAWIA) level III certified in Contracting, has a master's in Organizational Management from the University of Phoenix, and received her bachelor's in Business Management from Florida State University. 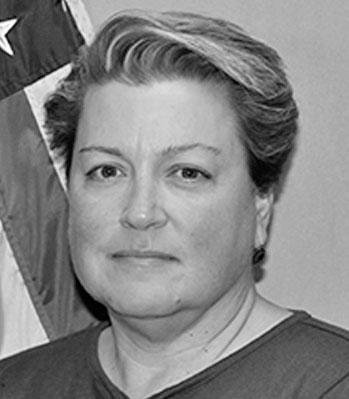 Over the course of her career, Ms. Sidebottom has provided training, guidance, and mentoring on the proper use of government contracts, specifically OTs, within the Department of Defense and multiple civilian agencies. Ms. Sidebottom began her government career as the Defense Logistics Agency (DLA)'s representative to the task force supporting the Section 800 Panel in 1992. The Panel was one of the first major groups to propose significant acquisition reform legislative initiatives in the early 1990's, with the Panel's multi-volume report becoming the basis for the Federal Acquisition Streamlining Act. In 1994, Ms. Sidebottom moved to the Defense Advanced Research Projects Agency (DARPA) just as that agency was beginning to significantly use both research and prototype OTs. Ms. Sidebottom provided expert advice and guidance to DARPA in her role as Assistant General Counsel on a host of research and prototype projects ranging from small efforts to major weapon systems. In 2003, Ms. Sidebottom joined the newly created Department of Homeland Security (DHS) to assist in the creation of the Homeland Security Advanced Research Projects Agency (HSARPA) and to guide DHS in the use of OTs. She left government service in 2005 and spent the next thirteen years teaching and consulting on all aspects of government contracting, intellectual property, and OTs until joining DAU in January 2018.

Ms. Sidebottom is a graduate of the University of Colorado (B.A.), the Thomas M. Cooley Law School (J.D.), and the George Washington University Law School (LL.M. in Intellectual Property Law). She holds a Top Secret clearance.

Have you heard that the Department of Defense (DoD) is looking to do business with "non-traditional" entities in research and cutting edge technology industries? That is, those who have not done business with the DoD before but would be interested in doing so except for the bureaucracy? Come learn about DoDs acquisition and procurement basics and details regarding Other Transactions (OTs), Small Business Innovation Research/Small Business Technology Transfer Research (SBIR/STTR) and Rapid Innovation Fund (RIF) programs. Attend this workshop if you would like an understanding of DoD procurement basics and want answers to the following questions:

*Participation by any United States Federal Agency in any TechConnect activity or event does not constitute an expressed or implied endorsement of anycosponsor, donor, grantee, contractor or participant’s opinions, products, or services.